Colwell Arts Centre is currently closed due to National Lockdown restrictions due to COVID19. Please contact us at glosmusic@gloucestershire.gov.uk for further information.

Whilst we are unable to provide you with our normal music lessons, music centres, county music groups and events due to Government restrictions we are putting our efforts into providing you with some educational, fun, inspiring links to enable you to keep your music making going! Click here for more information.

Working with the professionals in Gloucestershire

The Colwell Arts Orchestra will be joined by five members of the Bournemouth Symphony Orchestra including conductor Victor Aviat.  The orchestra will undertake sectionals and a full rehearsal as they learn from some of the orchestras full time professional musicians.  The Orchestra will be rehearsing at Ribston High School from 18:30 – 21:30. 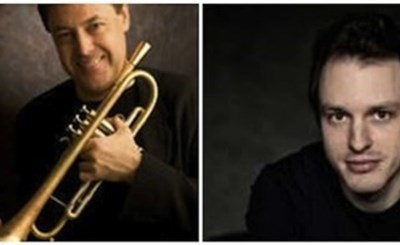 In Cheltenham, Gloucestershire Jazz Live (a centre for jazz musicians of all ages) play host to international trumpet soloist and band leader Guy Barker.  Guy will be working with both youth and adult musicians as the bands prepare for their annual performance as part of the Cheltenham Jazz Festival.  The session will take place at Cheltenham Bournside School on Wednesday 8th March from 18:00 – 21:00.

Victor Aviat launched his international career as a finalist of the Nestlé and Salzburg Festival Young Conductors Award in 2014. Since then, he has won praise for a series of debuts with major orchestras.  Victor is currently Young Conductor in Association at the Bournemouth Symphony Orchestra and will make his debut with the Bilkent Symphony Orchestra. He will also give a series of concerts with the Budapest Festival Orchestra, where he was formerly Principal Oboe and Assistant to Iván Fischer.

More recently he has toured the Guy Barker Jazz Orchestra and was the musical director and arranger on a number of BBC Radio 2 Friday night is music night.  Barker was appointed Member of the Order of the British Empire (MBE) in the 2015 New Year Honours for services to jazz.

If you would like to find out more about how you could be involved in these events, please email Steve Legge